The summer people choked the road, filled up the taverns, trashed the beachfront, and parked everywhere and anywhere, even in places they shouldn’t.

So begins the feature story kicking off our impromptu Summer Reading Festival 2021, “People Ruin Everything,” by Anne Leigh Parrish, one of the best short story writers going. I don’t know if a story could better capture how everyone feels right now after eighteen months of pandemic, of interruption in our lives we naively thought would be over after three weeks or at most three months, but goes on. The story captures the mood: frustration that may seem illogical, but it’s there, in all of us, as undercurrent to the resumption of our lives.

Anyway, it’s a short story which should be in The New Yorker, but we’re fortunate and grateful to have it at New Pop Lit, and trust you’ll agree with our opinion of it.

She thought about the note they left. She didn’t like being lied to. Some people lived on lies, made a career of them, in some cases. Just look at any politician. She hated people who thought they were smarter than everyone else, who made getting over a full-time job. They’d laughed as they walked up to the car, and they were probably still laughing wherever they were now and wherever they were going.

What about the rest of our Festival? In coming weeks we’ll be featuring more great new fiction, as well as re-announcing selected readings– fiction and poetry– previously featured at this site. Is that all? NO!

We’re also restarting our Open Mic feature with a reading of a terrific poem by the UK’s Alisha J. Prince, “Heaven Bound.” Click the link and take a listen.

We ALSO have at our NPL News Blog a short article about curious doings at iconic Newsweek magazine. Is this the direction in which other New York publications will be headed? What do you think?

FINALLY, check out the print publications we now offer at our POP SHOP— where we’re free to be somewhat more experimental, in attitude, words, and design, than what we present here, as we attempt to cut new paths toward the literary future.

Anyway, we hope everyone has a glorious summer– and does a lot of reading!

THE SEARCH FOR LOVE

We all need it, we all want it, and those who’ve rejected the concept have built iron walls around their hearts to keep it out– so deadly to them is the fear of not being loved. Cynicism masks a thousand heartaches.

OUR ONLY ADVICE is: keep trying. The right person is out there for everyone, sometimes discovered when you’re not watching.

Is this the message of our new feature story, “A Wild Feeling” by Anne Leigh Parrish?

He asks where love goes. She doesn’t know. She’s never known. Out there somewhere, with the waves and the sand. Maybe that’s what the gulls sing about every day, as they glide aloft. 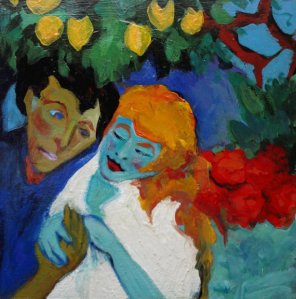 (Art: “Large Poppies” and “In the Lemon Grove” by Emil Nolde.)

THE WAR between men and women in this culture is ongoing. Redress of long-held grievances. We’ve published an array of featured fiction and poetry addressing the issue.

Today we feature fiction from one of the best short story writers in America, Anne Leigh Parrish. The story, “He Said, She Said,” contains Anne Leigh’s trademark insights into the subtleties and outrages which entangle that tentative truce between the sexes we call marriage.

He was a romantic character. Women outnumbered men at his book-signings, and when he went on tour, trips she couldn’t take with him, because of the children. His mystery novels were considered clever, good psychological studies of the criminal mind, the rationalization people engage in when they’ve done wrong.

RELATIONS between men and women have been under stress the last several months as never before. Fiction is proving to be the best forum for examining those tensions. Under the guise of the non-factual the writer is able to get to actual truths.

ONE OF THE BEST writers on the topic of men and women– one of the best American short story writers period– is Anne Leigh Parrish. We’re privileged to have another short work from her– short, but as always, with condensed impact. The tale is called “The First Time.” We hope you find it as striking a work of reality and art as we do– and that if this is the first, it not be the last time you come to our site!

I was stunned. Not that we might one day regret our liaison, but that you regretted it now.

Storms have been in the news of late. As such, they’re the theme of the moment at New Pop Lit.

First, we feature a subtly emotional short story from one of the best story writers in America, Anne Leigh Parrish. The story is “Shelter.” Its underlying motifs are refuge and authenticity.

Cara’s truck bumped up the road, the rain in the headlights so thick it looked like snow. Drake was at the wheel. He insisted on driving. She was no good at it, he said, not on a road like this. Plus, the transmission was going. Hadn’t she said she was going to get it fixed?

We’ve just nominated a previous story of Anne’s “Picture This,” for the Best of the Net 2017 anthology, along with other work. See our nominations at our News blog.

For other storms, at least stormy personalities, check out the four most recent selections at the All-Time American Writers Tournament. Volatile personalities. Volatile art. Examples of the energy of which American literature can occasionally generate.

We’re out to capture, create, and showcase similar literary energy. Keep following us!

(Painting: “Storm in the Mountain” by Albert Bierstadt.)

WHY the photo of the Tesla Motors vehicle which has been breaking speed records? Because THAT’S what we at New Pop Lit are about. We started this project to reinvent the literary art. To find or produce literary products faster, cleaner, more efficient and more exciting than the norm.

We believe the literary art has to change and will change. We see contemporary American literature trapped in a “salon” mentality– centered on one east coast island, within five monster conglomerates housed in overpriced skyscrapers, publishing only strictly correct and approved writers.

Things already are changing! 2017 marks the existence of scores of upstart literary outfits such as ours– and many thousands of DIY authors who don’t apply the “rules” because they never heard of the rules. Yes, much of the work is mediocre or worse– but at the same time, room is created for the new. For the arrival of the VanGogh-Gaugin self-motivated genius who’ll go so far outside the bounds, art will be overturned. A writer who’ll break all artistic speed records– or maybe, go into untrod areas in the creation of meaning and emotion.

This has begun to happen, in small ways. The purpose of our series, “Hyper-Talents of the New Literary Age,” is to showcase writers who’ve pushed right up to the bounds of literary creation, and in so doing, point the way to truly revamped and renewed stories and poems.

We discuss Ms. Parrish and those right artistic chords at our News blog in Part II of our Overview. Enter the literary future. Read both story and overview now.

He’d grown up with three brothers and two sisters, a house full of noise and misery, hatred and resentment, never able to have his own space. That’s why he became an artist—the lure of escape. 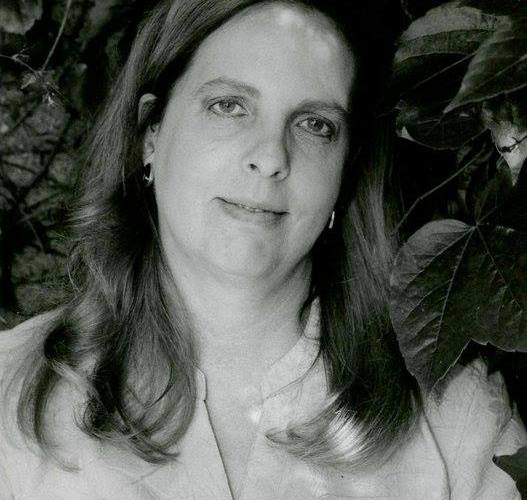 New genres, new styles, and most important, a wave of newly-prominent writers pumping talent, energy, and emotion into a previously moribund art form.

Among the best of them is Anne Leigh Parrish, who’s published terrific work with us  and with other upstart literary outfits. As well as penned one novel and two short story collections. Read our Interview with her, also linked at our “Hype” page. (Anne also participated in our recent can’t miss Hemingway discussion.)

Motivation is something I’m very curious about. I’m also fascinated with the stories people tell themselves to get themselves off the hook, or to process a traumatic event.

The world is changing swiftly, faster than we can keep up with.

This applies to literature.

Technological change leads inevitably to artistic change. For instance, in the 1950’s the introduction of 45 rpm discs and of cheap portable record players led to the creation of rock n’ roll– fast-paced, short songs appealing to teenagers. Soon appealing to everybody.

Over the past ten years the way people receive their literature– the way they read– has changed. As often as not it’s done on electronic devices, with various-sized screens. Some quite small.

Which means that long, dense text is obsolete.

Note that Wikipedia now offers entries in “simple English.” It’s not that people are becoming more stupid. (Some would argue that case!) It’s that most young people read on small devices. Most people today period lead busier lives than previously.

The literary art HAS to change, or die.

Does this account for the popularity of flash fiction?

Here at New Pop Lit we push fiction that’s simple but packed with emotion and meaning. We seek the best of the new fiction creators. One of them without question is Anne Leigh Parrish, who’s appeared here before. Today she gives us two flash fiction pieces. Each different. Each powerful in its own way. New literary art. We hope you enjoy them.

Let us know what you think!

Your big sister hates you, because she’s only five foot four. On those three inches – the ones you have and she lacks – is written the twisted history of your relationship.

An Angel Within is a reflective story from NPL contributor Anne Leigh Parrish, a Seattle-based writer. Adversity is the true test of character! Enjoy…

Deep in the heart of a dirty, windy city stood a tired wooden house; and inside the house lived a woman with busy hands; and inside the woman live an angel. The angel sat on the head of a pin. Her balance was poor, and she tended to teeter this way and that.