WE LOOK for new writers with style and talent. Intelligence and verve. Personality and insight.

ONE WRITER with those qualities in multiples is Meeah Williams, who graces us with a short tale, “The Nose That Ate Cleveland.” This short piece is so good we took time out from our own literary experiments to feature it.

I’ve been a lot of things to a lot of guys, but never a muse. It sounds so romantic but let me tell you, it’s not. The way they portray it in poems and stories, you do a lot of traipsing around from room to room, barefoot, in long flowing white gowns, your hair wreathed in flowers. In real life, it’s nothing of the sort.
**** 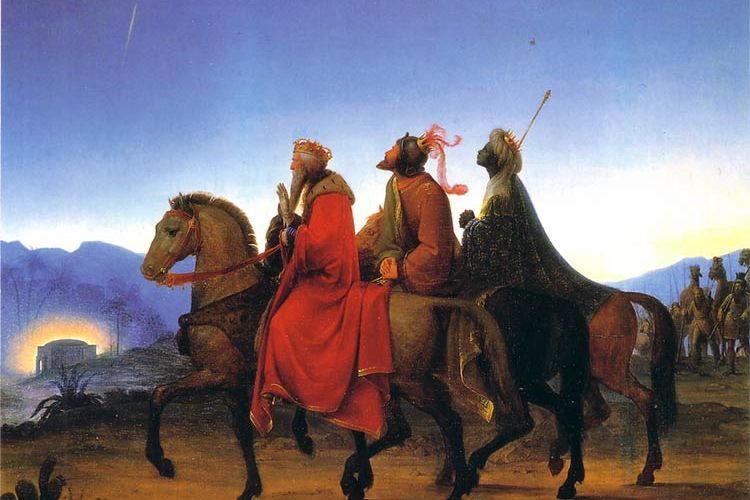 THREE MEN were having trouble lugging their packages across the desert from afar, and came across a depressed bear. Depressed because there wasn’t much to do for a bear in the desert. A bear in a desert? Anyway, the bear was feeling purposeless and alone, and didn’t know if he could “bear it” much longer.

The three men saw the bear lying in the sand, moaning, with his paws over his head. The three looked at one another.

“After all, it is Christmas,” one of them said, with a perplexed look in his eyes.

He took his smartphone from his robes and looked at it. Yep, there it was. December 24th. Christmas Eve. Year 0000.

“It’s decided then,” the three said simultaneously, and wondered that the three of them, each from a separate faraway land, had said the same thing.

So together in one voice they asked the despondent animal if he’d like to try “bearing” something useful– their heavy packages of gold, frankincense, and myrrh– to a destination in Bethlehem. The packages were in fact quite heavy and overburdening the camels. Encountering the bear was a fortunate occurrence. Almost miraculous. The bear gladly agreed, as the three men seemed particularly wise to him. He’d seen men before, who were not wise. Not wise at all. But these men were.

Night fell and a giant blazing star appeared in the sky, guiding them.

The little caravan continued on to Bethlehem until they found shepherds and animals congregated outside a tiny stable behind an inn. The three wise men strode in, bearing their gifts, while the bear quietly crept in behind them and took a place in the straw beside the other animals, who were first alarmed because, after all, he was a bear. But then they looked at the baby and weren’t alarmed at all.

From that day forward the bear was always forever more a happy bear.

New talent? WHO is devoted to new writing talent?

WE are! As we seek to move the center of literature out of the golden island of Manhattan, we’re hearing from new writers from the heartland of this country. Our plan: To showcase talented writers before they approach or cross the many barriers erected by the established publishing industry. To spotlight the best new writers first, before anyone else locates them.

Toward that end we present  Two Flash Fiction works about life today by Alexander Olson. One is about consumerism. The other is about a dying relative. Both different– expressing emotions ranging from cynicism to compassion. Both are thought provoking.

She didn’t deserve me gazing at the floor, wondering vaguely if it was always like this. She deserved movie-quality sadness. Broadway-level grief.

Be sure to check out all the many other things happening at our site–  audio; reviews; news. An easy way is to click on the drop-down menu at “All Other” on this page. Thanks!

(Featured painting: “Isle of the Dead” by Arnold Bocklin.) 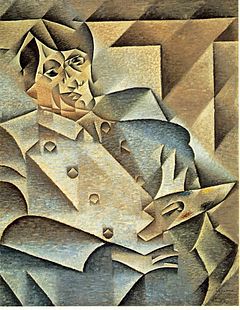 AT ITS BEST flash fiction gives you real life in short bursts. Could one say the effect, from an artistic standpoint, is cubist? Sample two new flash pieces by Andrew Sacks to see. One story’s about a marriage. The other, about a job interview. Fast-but-sharp reading.

Miles had always tried to compensate by a self-confidence bordering on bluster. Certainly not a bully, he did in fact seem to intimidate many people, or at least put them on their heels a bit, by his overriding assertiveness and swagger. His belief in himself was absolute. . . .

We’ve also tweaked our “Young Writers” essay, including the fourth profile, of Jess Mize. Are these four writers the future of literature? Do they point a way forward for the literary art– bringing new imagination, charisma, and talent? Read the essay. We’ll be spotlighting other young writers in coming months.

WE RETURN TO FICTION! Short fiction that is, with two tales by Israeli writer Yoav Fisher.

Last week we encountered the mass output of NaNoWriMo authors. One individual at our discussion has written a 330,000-word(!) work. (He’s since sent us excerpts– we’ll be interested to look at what he’s doing.) The other side of the coin of exciting new literary happenings is the flash fiction movement.

Fisher’s two tales exemplify what flash fiction is about. Yoav Fisher has a Hemingway-like ability to convey more with less– to give the reader the minimum information possible yet create a strong, even devastating emotional impact. We look for writing that hits us between the eyes. Yoav Fisher has done that.

The helmet landed squarely above the ear with an audible thud. Edward surprised himself from the speed and severity. At five foot eight and doughy since middle school, agility and strength were never Edward’s strong points.

The world is changing, and the worlds of fiction and poetry are changing with it.

With scores of other kinds of media now in existence, other options for the individual, reading needs to be quickly accessible. Upon being read, the story or poem should give the reader a quick high or kick. It’s the only way the literary art can compete.

Among the innovations coming from new writers and websites are short shorts and flash fiction. Stories shorter than the traditional story. Instead of 5,000 words, 500. Or 150. When done well, the new works become more compressed, more powerful, more impactful– ending at times with modernist abruptness.

Today we present two such works by Andrew Sacks, who’s as adept at the form as any writer out there. We hope you enjoy them.

Now a more “serious” engagement presented itself, in the mutual celebration of her birthday. David knew something special had to be done. There would have to be a gift, and a meaningful one. Chosen wisely. Chosen for a woman of taste and a certain obvious refinement.

New genres, new styles, and most important, a wave of newly-prominent writers pumping talent, energy, and emotion into a previously moribund art form.

Among the best of them is Anne Leigh Parrish, who’s published terrific work with us  and with other upstart literary outfits. As well as penned one novel and two short story collections. Read our Interview with her, also linked at our “Hype” page. (Anne also participated in our recent can’t miss Hemingway discussion.)

Motivation is something I’m very curious about. I’m also fascinated with the stories people tell themselves to get themselves off the hook, or to process a traumatic event.

The world is changing swiftly, faster than we can keep up with.

This applies to literature.

Technological change leads inevitably to artistic change. For instance, in the 1950’s the introduction of 45 rpm discs and of cheap portable record players led to the creation of rock n’ roll– fast-paced, short songs appealing to teenagers. Soon appealing to everybody.

Over the past ten years the way people receive their literature– the way they read– has changed. As often as not it’s done on electronic devices, with various-sized screens. Some quite small.

Which means that long, dense text is obsolete.

Note that Wikipedia now offers entries in “simple English.” It’s not that people are becoming more stupid. (Some would argue that case!) It’s that most young people read on small devices. Most people today period lead busier lives than previously.

The literary art HAS to change, or die.

Does this account for the popularity of flash fiction?

Here at New Pop Lit we push fiction that’s simple but packed with emotion and meaning. We seek the best of the new fiction creators. One of them without question is Anne Leigh Parrish, who’s appeared here before. Today she gives us two flash fiction pieces. Each different. Each powerful in its own way. New literary art. We hope you enjoy them.

Let us know what you think!

Your big sister hates you, because she’s only five foot four. On those three inches – the ones you have and she lacks – is written the twisted history of your relationship.