WHY the photo of the Tesla Motors vehicle which has been breaking speed records? Because THAT’S what we at New Pop Lit are about. We started this project to reinvent the literary art. To find or produce literary products faster, cleaner, more efficient and more exciting than the norm.

We believe the literary art has to change and will change. We see contemporary American literature trapped in a “salon” mentality– centered on one east coast island, within five monster conglomerates housed in overpriced skyscrapers, publishing only strictly correct and approved writers.

Things already are changing! 2017 marks the existence of scores of upstart literary outfits such as ours– and many thousands of DIY authors who don’t apply the “rules” because they never heard of the rules. Yes, much of the work is mediocre or worse– but at the same time, room is created for the new. For the arrival of the VanGogh-Gaugin self-motivated genius who’ll go so far outside the bounds, art will be overturned. A writer who’ll break all artistic speed records– or maybe, go into untrod areas in the creation of meaning and emotion.

This has begun to happen, in small ways. The purpose of our series, “Hyper-Talents of the New Literary Age,” is to showcase writers who’ve pushed right up to the bounds of literary creation, and in so doing, point the way to truly revamped and renewed stories and poems.

We discuss Ms. Parrish and those right artistic chords at our News blog in Part II of our Overview. Enter the literary future. Read both story and overview now.

He’d grown up with three brothers and two sisters, a house full of noise and misery, hatred and resentment, never able to have his own space. That’s why he became an artist—the lure of escape. 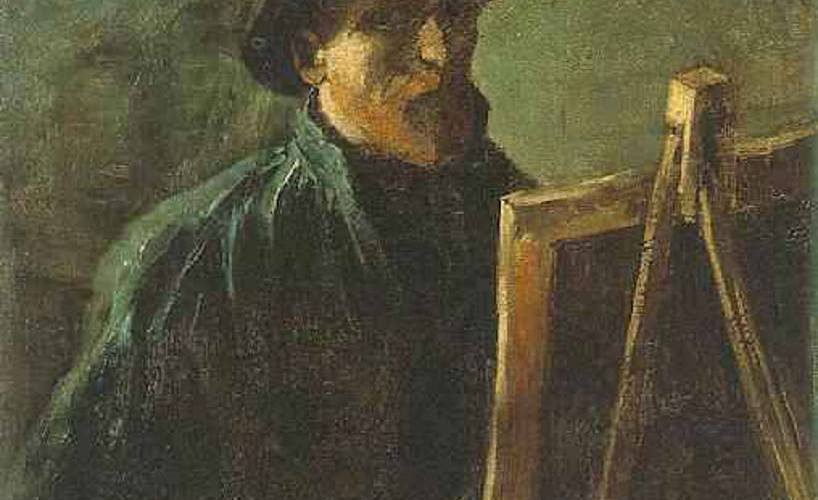 The struggles of being an artist! We at New Pop Lit are down with that struggle. It’s never easy. Today we present a short story, “Breathe,” by David R. Gwyn, which examines the struggle for artistic expression and meaning with a simple but moving profile of a man who has returned to his art after many years away from it.

This is an apt tale to run during National Novel Writing Month (NaNoWriMo) when thousands of persons across the country take up the challenge of art and struggle to express themselves, with words. We’ll be doing a presentation on November 17th at the Troy Public Library in suburban Detroit in connection with NaNoMoWri. Stay tuned for more details! (In the meantime, enjoy David Gwyn’s story.)

The artist sits, hunched, watching the masses navigate the streets. The colorful fall day contradicts the pale stone structures of Rittenhouse Square. Like the others, this month has come and passed and still he sold nothing. With winter on its way, the season of possible sales closes rapidly.