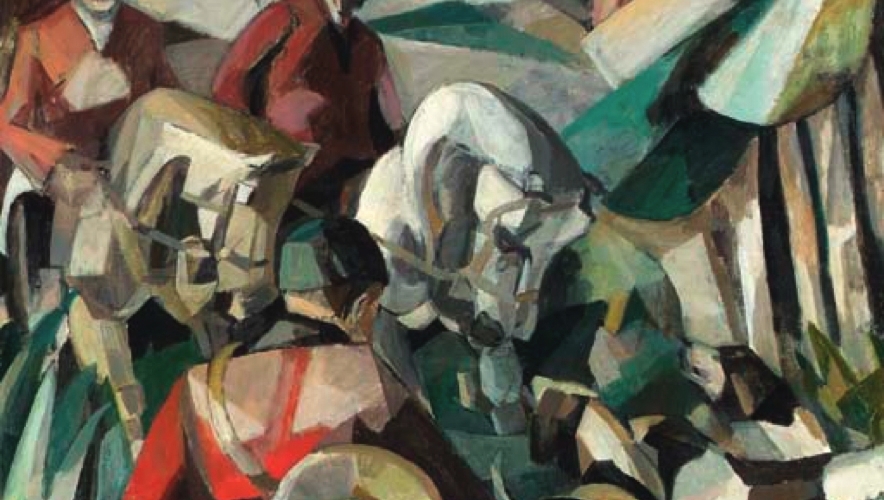 Where do you stand on the future of fiction? Is there any longer a place for it in the chaotic-and-crazed loud culture of now? For us, the answer is “Yes!”– if the best new writers are brought to the forefront.

“The Uncertainty” by Alexander Blum isn’t a “pop” short story, but it is a very good story– looking at happenings in today’s university, at what’s happened to the world of ideas. It’s also about personality and about life. We present the story as proof we’re looking for every kind of talented writer– as we strive to be part of a renewal of the literary art.

Blum is one of a cadre of new writers breaking onto the literary scene whose focus is intelligence, ideas, and integrity. The kind of artistic and intellectual integrity the culture needs. Of that, we’re certain.

She had one of those black Russian hats on, the fold-up ones, and she smiled and hugged Knice and shook my hand and settled into the seat at the little table in Knice’s state-run apartment, handed to him along with his job, with warm curry in the microwave. 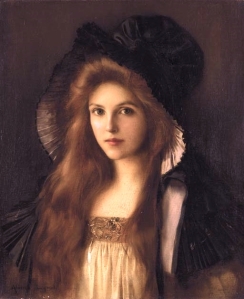 While you’re here, be sure to look in at the blog of ours covering the ongoing All-Time American Writers Tournament, which has been listing “The Most Charismatic American Writers.” Here’s a recent post. Who would you choose?
******* 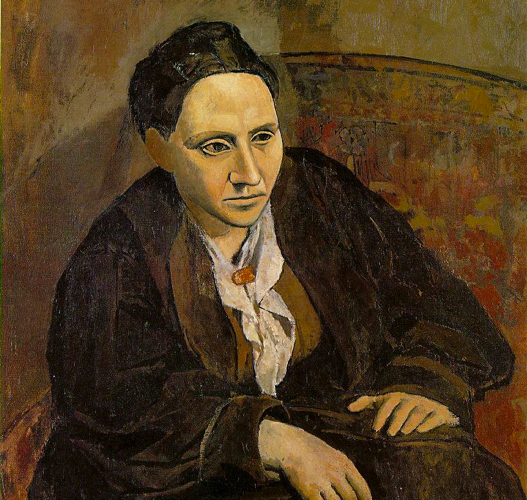 WHY do we illustrate this post with the famous painting of Gertrude Stein by Pablo Picasso?

BECAUSE with her innovative writing style, Gertrude Stein kicked off one of those period attempts to reinvent writing. This effort had its greatest effect via Stein protege Ernest Hemingway, whose collection of short fiction, In Our Time, at the time revolutionized the short story art.

There is always a push-pull where the short story is concerned. Creators and innovators like Hemingway (or Gordon Lish and his minimalist friends Raymond Carver and Susan Minot in the 1980’s and 90’s) attempt to breathe new life into the form– only to see their efforts counteracted by the stodgy mindset represented by prestigious Iowa-style writing programs and The New Yorker magazine– which some would say are the same thing.

WE at New Pop Lit would like to kick off a round of short fiction innovation. Toward that end we are doing two things:

1.)  Beginning what we call The Short Story Process— a creative procedure through which we hope to arrive at the promised land of a reinvented art.

2.) Spotlighting new writers whose work in subject or style colors outside the lines of the artistically acceptable, the bourgeois, the already done. Toward that end we present a new story, “Ain’t Worth a Dollar,” by Atticus Davis, who writes under the name Savage Ckhild, a handle that may say it all.

She’s sitting in the car with her hair tied up, I forget how beautiful she is, I always think I’m going to be immune to her, to them—so she smiles this unblemished smile, that lasts one second before it collapses into this miserable, needy, fearful smile. I feel guilty for being here.

We’re stylists. We look for writers who are creating what we consider to be pop lit style. That elusive hybrid that’s both “pop” and “literature.”

One of the best of them is Calder Lorenz. His story for us, “The Good Road Gone,” has elements of noir combined with a terse style and a sense of the literary. Pop writing that means something. We think you’ll like it.

He heard the car door. He looked at the clock on the windowsill: 3:04. He smiled at that. He got the rifle and then he loaded the clip. He wore a gold medal around his neck: St. Anthony. It was a gift. Something lucky he’d gotten before he’d gone off.