If you’d asked him about fear that day, he’d have said that there was none to speak of. There was the tapping. The tap, tap, tapping of it all. The meter that lived in his brain. So that each day sounded familiar enough, so that he recognized the rhythm, so that each day was a cadence he understood. But there was nothing inside that felt like fear. He’d be the first to admit that it was easier to keep it that way.

On the couch beside him sat a clip. The semi-automatic rifle was leaned against the coffee table and the sound of boots was somewhere in the distance of a world he was no longer allowing himself to reference or blame or recount. He lived in that basement. He lived across the hall from three lads who he knew from the old neighborhood. He wasn’t that broke but he wasn’t that flush either. He was a healthy thirty pounds heavier than when he’d first gone from there.

He stood. He took the Kevlar vest and smoothed over the material. He poked at it and then he held it over his head. He let it sit on him. He let it protect him. He thought about how it felt to be slammed into, to be pressed against, to have your gut crushed, the air sucked from you until there wasn’t anything but your mind trying to clutch at what wasn’t possible.

This was important. When he was a little lad he had a big old imagination. Whoa daddy! And it was when he was treading through those musings, paddling with those thrashing thoughts that he sometimes saw himself in this same scenario. He saw himself as a cowboy. He saw himself as one of those that did the arriving, not one that did the waiting like he was doing in that basement on that day in that time. But when he was a little lad, his mind was less in many ways and less was more. For example, if you stepped down from your horse, if you were a part of something, if you had orders then that was what you had. You had a purpose. You weren’t all fixated with the unknown. There wasn’t the call of knowing hurt, or regret, or wishing you weren’t the one doing the thing that needed the doing. Nah, it was better to be stepping off that horse and not thinking much at all, less was more, and if you walked in, and didn’t walk out, then that was that.

He heard the car door. He looked at the clock on the windowsill: 3:04. He smiled at that. He got the rifle and then he loaded the clip. He wore a gold medal around his neck: St. Anthony. It was a gift. Something lucky he’d gotten before he’d gone off.

Now, he rubbed it. He looked over his apartment. His things were so still. They seemed to be looking out with him. There was a landing above the stairs that led down to his flat, and to the flat across the hall. If you stood on it, the landing, if you blocked the sunlight, you closed off the way out and the beam under his door would turn off. They were there and he moved to the left of his door where the wall was thick and filled with concrete. He watched as the beam of light under his door went away.

He cocked back the firing pin. They were talking up there above him. Sort of arguing, sort of demanding things from one another. And he was there. In that moment he made his peace with it. He was the one who would be forced to do the thing. He stepped back and aimed the rifle. This was important. He wasn’t a bastard. He’d fire at where their legs would be. Knock them off their feet. He knew you could be fixed up maybe. As his finger touched the trigger, he glanced down at himself. Hot damn, he was a crazy idiot sometimes. He hadn’t put on any pants, no shoes, no socks. The shells might fire off and burn his naked skin. The thought bothered him. It was like he was blank some moments. Blank with doing the right, civil thing. He thought: put on your pants. But that wasn’t possible. He knew that.

And then there was a crack, a splintering of wood. There was yelling. There was those boots, those sounds that went with the violence of taking what wasn’t yours to take.

He stood there. His door was intact. His things still.

He lowered the weapon. He opened the peephole: the thing was an old copper throw back. It looked like a miniature boat hatch. He saw the lads from across the hall. His neighbors. He saw right into their flat. They were there on their couch with weapons drawn on them. Two men with their backs to him. He recognized the one lad that was seated on the couch, that one was leaned back and vacant with his hands. He was looking across the hall. He was hoping with his eyes. He was talking but he wasn’t saying anything out loud.

And then there was the sound of a phone ringing. He swung the little copper thing shut and walked with care, walked backwards, hurried to where he could make it all stop.

He picked it up.

“Hello. Larry?” she asked him.

“Oh my goodness, I guess I didn’t think you’d actually answer.” She laughed. “I’m sorry,” she said, “I lost my thoughts.”

The last was a question. He heard that.

“I’m over by the Ice Cream store. I graduated and I moved back home.”

She said, “Well, all right. How about tonight?”

She laughed a nervous, high-pitched laugh. It seemed to burst out of her.

He thought it was like a squeal or something.

The worst part was what ice cream to pick. He hadn’t done this type of thing in a good long time. They were all waiting on him. 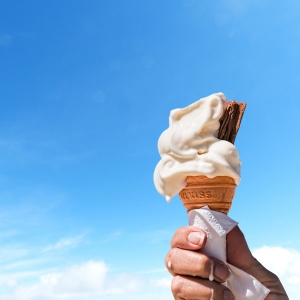 The kid who was working the counter chewed tobacco. He spit into a plastic bottle. He itched under his torn tee-shirt. The kid raised his eyebrows. He was merciful and pointed at a barrel of the brown stuff. He said, “The coffee chip is pretty dope.” He shifted his black bracelet. He pointed to another flavor. He said, “I’ve had the strawberry field. It’s worth it, if you’re worried about it.”

He looked at the kid who worked there. He said, “Yeah, ok, I’ll have that.”

He noticed the immediate relief from him. From her. From the three or four other couples who were twitching behind them.

She said, “I get the feeling that you don’t say please much anymore.”

He laughed. She was the same. She’d added a few things, but the inside of her, the essence, the fabric; it was all there, intact and un-torn in a way that he could understand. This was important. He thought about those kinds of things all of the time and it was something he looked for in folks.

Why could he understand that and not other things? He thought to himself that if he kept up thinking like he was thinking, she might catch on and say goodnight.

So he said, “Do you think the water is still there?” 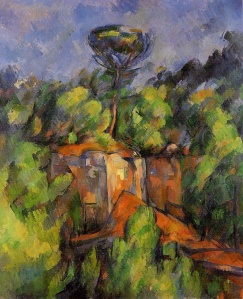 He watched her lift the lid of a garbage can. She dumped their ice-cream cones. She wiped the corners of her mouth. She said, “My dad still works for the city. He said they spent more than what was in the budget to fix it.”

She hit his arm and laughed. She covered her mouth and laughed some more.

He didn’t know why she was laughing but he liked it, so he smiled for her and then they headed to where they thought they might find it.

They pushed aside the branches and found that the sun was headed on down. They looked at the water; its surface rippled with the wind. It took on a deep blue that made them both stare without really needing to talk.

Soon, there was a half-moon hung for them. She held her knees to her chest and kept right on hiding her hair behind her ears. She rocked some.

She leaned forward and looked down. “It’s really far.”

She asked, “How will you get back up?”

She made a face he recognized from long ago. She held that look for a minute and then she said, “We might hit our heads or something.”

He took off his shoes. He took of his pants. He was wrestling with his shirt when he heard the splash. And Whoa daddy! What a splash. He strained himself a bit as he got the shirt off. He looked and saw that the fabric had ripped.

She let out a call.

He saw her down there. She’d left her purse next to him on the rocks and grass. But that was all that was there. She raised an arm and then swam backwards. She swam and she was looking up at him. He rubbed at the lucky medal on his necklace. He saw how much water was in there. How dark and unsettling it seemed to him. He felt the slide of crushed rock under his toes and then he said to himself: maybe this will feel like something I want to do. He stepped back and then he ran off the ledge.

This is important. He thought that it felt like he hit something that wouldn’t give. That it was solid and finite. And then he felt that he was wet and deeper than he thought he’d be when he started. He was taken in by the rush of the water and the pressure, but he also felt something in his fingers that reminded him of what it meant to look back to the sky. He held the feeling. And then he kicked. He floated down. He kicked. He floated down. He felt the weight of what was on top of him. It was growing heavier for him. He looked for her but she wasn’t there. Not that he could see. There were glimpses of things on the surface. Waves or light. Sticks or leaves. It was getting harder to tell one from the other.

He resides in San Francisco, and his debut novel, One Way Down (Or Another), is available from Civil Coping Mechanisms Press.

One thought on “The Good Road Gone”