NEW FICTION ABOUT A PEAK PERIOD IN AMERICAN ART AND CULTURE

–everything changing artistically, everything visceral, real and exciting, how can any reader resist our new feature, “SOUP CAN” by Brian McVety?

The task for all of us today involved in some way with artistic and cultural creation is to grab that influence, that excitement, to imagine, construct, paint or write a peak period for our own day.

Jane turned to the second to last page, and showed me a picture of a man with who had what looked like ironed bleached-blond hair, severely parted towards the left, with dark, square-framed sunglasses hiding his eyes. The photograph stopped at the man’s midriff, only showing his tight short-sleeve shirt with hypnotic horizontal stripes making him appear like a mirage. Although his eyes were hidden, the expression on his face suggested he was revolted his picture was being taken, yet he almost appeared to be posing at the same time. I had never seen a man like him before in my life. 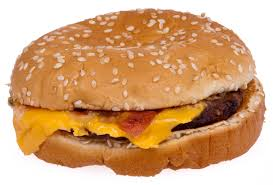 Such are dilemmas of running a pop literary site. Do we headline our current offering with a photo of a cheeseburger, or one of Andy Warhol?

The New Pop Lit staff engaged in a furious debate over the matter.

The question came up because we feature today four poems from talented Detroit-area poet Erin Knowles Chapman. One of the poems has to do with pop artist Andy Warhol. Another mentions a cheeseburger.

We finally asked ourselves: “What would Warhol do?”

Being a pop artist– loving American pop culture– Andy Warhol would undoubtedly have run with the cheeseburger, which screams “Americana.” Which shouts, “pop.”

Who are we to argue with Andy Warhol? We are, after all, a “pop” cultural project.

Anyway, please read the four poems. We hope you enjoy them!

Do the Fates constrict our naked hands?