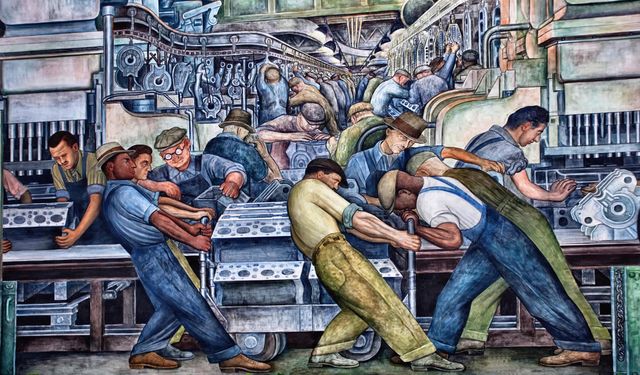 A PART of the “pop” designation we’ve adopted is the word populist– which at its most basic level revolves in some way around the world of work. Few things in life are more intense than being thrust into the chaos of a new job– especially those of a low-wage variety. Particularly in the “do more with less” ethos of the 21st century. Hyper-efficiency in the work world be it high tech or fast food puts most of the onus on employees at the bottom of the hierarchy.

AS WE SEE in our latest feature story, “Hamburger Hill” by Irish writer John Higgins.

The manager came out of the office, finally, and strolled towards the grill. Her black shoes slapped off the lino and heralded her approach. She was a portly woman, and carried herself like a government minister, with her hairy arms crossed at the small of her back. To accompany the sound of her steps, she also tapped her knuckles against her palm. She smiled. Most of her teeth were hidden up in her gums, ashamed of their twisted form.