THIS WEEKEND is the largest of the many “Dream Cruise” events taking place every summer in the Detroit area. A parade of many hundreds of colorful classic cars– most from the 50’s, 60’s, and 70’s– in this instance cruising up and down Woodward Avenue, long the main drag in town.

A dream cruise is a celebration of summer and of car culture, engaged in by fans of the unique blend of technology and artistry which the automobile at its best represents. They’re a celebration of Detroit, and really, of America.

But what they are also is a celebration of color and style. Technicolor-level style and color, which seem to have vanished from today’s monochrome world. 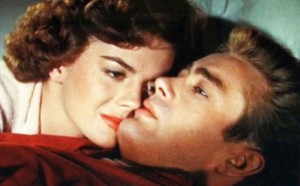 Many movie directors today bleed much of the color out of their flicks. Gone are the glories of a vibrant assault of sensation, as experienced by moviegoers of a bygone era. The problem is that this same process has taken place in the world at large. Including in many aspects of today’s culture.

(Melodrama? What’s melodrama? Where any longer is an over-the-top expression of emotion and plot?)

We’ve become a cautious, timid society, everyone monitoring their words, thoughts, and emotions. Can’t have too many emotions, or you’ll be medicated. The watchword is safety. Play it safe! Which for the creative artist is death. 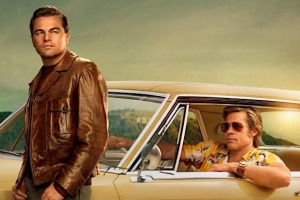 A handful of snarky New York City film critics dismissed Quentin Tarantino’s new film, “Once Upon a Time in Hollywood,” as too retro. Artistically reactionary. A celebration of a bygone era never to come back. But is it? Isn’t it rather a celebration of the glories of style and ART?
****

The past two summers we’ve featured what might be considered Technicolor fiction. Awash in color, and also romance. Young love. Upbeat expressions of the possibilities of life, which still exist if we step out of our cocoons of doom and grab for them.

Last year we ran “The Austin Strangler” by Nick Gallup.

These are both fun, “pop” reads with a pop sensibility and outlook– painted as much as written on the page.

Read them, or reread them. They represent the basic foundation of what we and the pop-lit style are all about.
*******

(Painting: “Airplanes on the Metropolis” by Tullio Crali.)