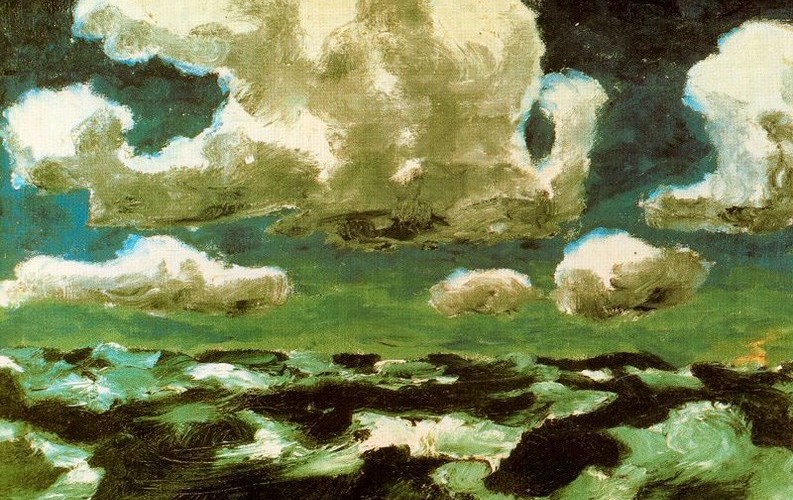 WATCH some of recently-deceased comedian Norm Macdonald’s more extended jokes like “The Moth” and you realize he’s carrying on a North American tradition dating back to Mark Twain– or maybe Washington Irving: the tall tale. Stories related around a campfire– or, in cities, under a street lamp. The idea being to hook the reader at the outset, then keep the reader on the hook until the final conclusion, which sometimes is surprising but all the time satisfying.

TODAY we present a tale by one of the more talented and imaginative writers around, Zach Smith, making his second appearance with the New Pop Lit project. His new story, “Cloud Dreams,” could be called magic realism, but it’s also something of a yarn, a tall tale, one which presents an unusual premise and takes that premise to its logical(?) conclusion.

What is that conclusion? Read the story and find out!

In the morning the enormous man was wide awake, and showing no sign of hostility. Had he been used to hospitals before? Probably not, a man of that size would most assuredly be in the medical books, and figuring out who he was would have been easy, but there was no record. He was a full foot taller than the tallest living man, four inches taller than the tallest man in medical history, and their bodies had been severely damaged.