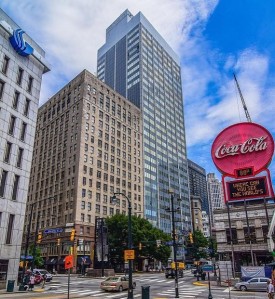 Danh Tran never planned to be a restaurateur. His parents moved from Hanoi to L.A. when Dan was four. Mom was trying to get away from the war. Dad was trying to forget the pain. Neither got over the trauma. After the riots they moved to Atlanta. It was a good choice, their restaurant was doing well.

Atlanta’s residents were nice, they welcomed the Trans. Growing up, he told everyone to call him “Dan” and that he was from Alabama. Danh watched the Dukes of Hazzard nightly to perfect his fake southern accent. It felt a little slimy, lying for convenience, but he got used to it. It was for the best. Sometimes you had to play along to get along.

The Crazy Chicken Café was nobody’s idea of fine dining. Stupid décor and non-offensive pop music were the themes, but Dan didn’t mind. The generic soul food buffet was a cash cow and he loved the smell of fried chicken.

His dad, Hung, wanted him to follow the family tradition and become a doctor, or an accountant like his brother, or an orthodontist like his sister. But Dan didn’t care for school. Besides, Dan was still Hung’s favorite.

After a few years, when the place started turning a healthy profit, he realized he enjoyed owning a restaurant. It was nice to make good money. He was able to donate thousands of dollars a year to the Buddhist temple on Shallowford Road. He’d even paid for an outreach program back in Vietnam. The charity made him feel good.

His wife, Leslie, did not support his philanthropic work. She was the Crazy Chicken’s first hostess, and current new-employee trainer. Every staff member went through Leslie before they got to Dan.

When he knocked Leslie up they got married. She was nineteen and blonde and vibrant. Dan was thirty-seven and a smoker.

Now Leslie stayed at home, like she wanted, barefoot and pregnant. She gave Dan grief about working long hours. She always smelled his clothes for perfume, but she never complained about the money.

That’s how it was in America. You could do what you wanted, if you had the cash. The people at the temple didn’t love his lifestyle, but they accepted his checks. Leslie didn’t care for his extracurricular activities, but she still drove the BMW and ate brunch at the country club. Let them complain. They needed him. He was a good man and he knew it.

He got to the restaurant around dinner on Tuesday. He felt good. The place smelled like fried chicken and his mouth watered. The air-conditioning was crisp, a nice change from outside. When he saw Crystal’s face the mood shifted.

Dan liked Crystal. Her shorts where short and her shirt was tight. She was a great hostess. She looked like the kind of girl an out of shape, middle aged guy had no business sleeping with. But she was exactly the kind of girl a well-off businessman slept with… it was good to be the boss.

He smiled and gave her a hug. “What’s up?

That’s when the mascara ran.

Dan put his arm around her shoulder. She smelled like strawberry lotion. He breathed deep. “Come to the office.”

They walked to the back. He felt a stirring, being alone with her, but forced himself to hold off. No one liked to have a crying woman. “Tell me what’s going on.”

Dan’s chest exploded. “What do you mean?”

“What the fuck do you think I mean?”

Visions of divorce lawyers and custody battles and alimony and two women drawing child support danced through his head. Dan wanted to come on strong, but knew that it was the wrong move. Eighteen year olds are delicate and emotional, he had to slow play it.

Crystal exploded. She had the kind of voice a guy from New York thinks a southern woman should have. She was always a talker. She dove in.

For twenty minutes she spoke about her momma, her daddy- the Baptist minister, her plan to be a teacher, her time in Sunday school, and the guilt of being the other woman. Her life was over and she wanted to die.

Teenagers were so dramatic.

Dan held her and stroked her blonde hair and told her it would all be ok. She sat in his lap and cried on his shoulder. He felt the familiar pull. He cupped her backside. She said no and he stopped.

The rest of the day was a haze. When he got home Leslie asked him what was wrong, he played if off as an issue with expired okra. He had a drink and then another. They made love and he forgot for a while. 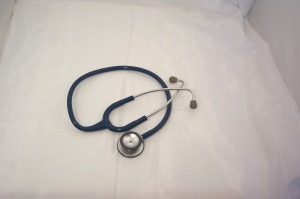 The next few weeks were a mist. Crystal wanted him to go to the Doctor’s appointments. He refused, saying he had to stay at the restaurant. He gave her cash to pay. Leslie kept asking what was going on, he kept blaming restaurant supplier issues.

On the morning of the fourth week, he called Crystal to his office. The decision hurt, but it was the right thing.

“I think we need to consider… All of our options,” Dan said.

Crystal looked up, red and wet. Her stomach was starting to grow. George Michael’s “Faith” played on the sound system.

“There’s a Planned Parenthood in East Atlanta. I can take you. It’s for the best.”

Crystal exploded. Dan held her and they talked. She was a Christian and couldn’t do it. After an hour, she agreed. He felt sad, but knew it was the right move.

She called him the following Wednesday, after lunch. She was upset.

“No. Can you give me four hundred dollars?”

Dan heard the pain in her voice. “Come over to the restaurant.”

They talked and cried. Eventually, Crystal told him she was leaving town, going to California. She was starting Art school and getting away from the bullshit.

She held up her phone. The tuition page for San Diego State’s art program was there.

“This is how much I need. Plus enough for food and the dorms for a year.”

Crystal’s face went hard. “You don’t have a choice. I’ll tell your wife everything.”

It hit Dan like a truck. Dan felt the rage but then the calm. She was right, there was nothing else to do. It’s better to accept these things.

The bank manager was kind. After Dan showed him the title for the Mercedes, they stroked a check for forty grand. He cashed it and called Crystal.

They met in Dan’s office. He gave her the money. He tried to kiss her, but her face was a mask of disgust. She left and it was over and he felt relief.

He called the temple and made a large donation. Dan liked to balance the good with the bad.

It was three weeks later when the new hostess, Tiffany, called him. Dan liked Tiffany. She was fit.

“Some guy is here, he said he needs to see you.”

Dan went to the front desk. The process server was business-like. Dan was a bit disappointed the guy didn’t say “You got served!” but that must only be in the movies.

The divorce papers were clear. Leslie wanted half of everything. Dan googled the name of Leslie’s lawyer. The attorney was a beast.

When Dan got home the place was empty. Leslie took everything, even his recliner. She hated the recliner, taking it seemed petty.

In the middle of the floor was a photo of Leslie and Crystal from a training day at the restaurant. They were sitting on his desk smiling. Underneath was a note in Leslie’s handwriting.

“Thanks for paying for my divorce lawyer. Go fuck yourself.”

Dan was angry, but it passed. He smiled. Leslie was too sharp to stay barefoot and pregnant.

He sat on the floor, looked at the picture, and wondered what Tiffany was doing after work.

J.B. Stevens lives in the Southeastern United States with his wife and daughter.

His writing has been featured in Mystery Tribune, Criminal Element, Tough Crime, Out of the Gutter, Close To The Bone, Thriller Magazine, Punk Noir Magazine, The Dead Mule School of Southern Literature, and numerous other publications.