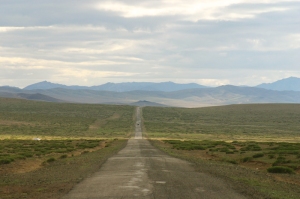 “​No Excuse to be so Callous​”

Alone, you went
from me- chewing
earth and
walking across
the face of
god.

Glossing over the dark circle of the
scented tops of trees,
The wind skated westwardly,
with a gust of wifi and
honeysuckle.
***

Spanish boots of Spanish leather. The melancholy modulations of a blissful sadness. The
recollections of the departed. There will be no hesitation as the two souls sunder, the victims, or is it the blessed, recipients of perpetual hypnotic romances. Songs in French are the superstitious loves of the English. The virgin mother weeps for her loneliness. Must she only have suffered the suffocation of her sex for the singular eternal thief of energies? The Pharisees have slandered her in accordance with the style of histories. Our myths are not yours. And we never understand what the other is saying. Yes, I too will die and would have glory afterwards. Without a trace of comprehension, the white sails are raised and the waves direct us towards Oblivion.

At a little hip joint
called The Three Eyes
dark and rainy, not a recognizable
soul to be seen

wearing the borrowed yellow scarf,
bright and soft,
with an initial aperitif and to hell with the
fiction, straight to the facts

the tentative restless drops drip-drazzling
over the patio umbrella of the café
like the luxury of a mid-day shower
The comfort of the shop windows
up and down the Champs-Élysées:
The atavism of dry chairs and sidewalks to walk on.

after the third drink
the faces of strangers seemed to be
drawn by Hieronymus Bosch
and I sat thinking about
how pretty Ezra Koenig was.
*******

Jess Mize is a blonde-haired surfer girl from South Carolina. Her favourite author is Stephen King. Her second poetry chapbook is due out later this year from Corrupt Press in Luxembourg. Vampire Weekend 4 albums in stores April 5, 2019.