on Saturday, in Spain, has crossed the globe on video.

The bull, named Leonardo, pierced its horn into his chest.

The cheering audience aghast, was silenced by the test,

as was the bull, its mother too, obliged expedients.

The animal-rights activists went viral on their tweets.

They want the banning of the cruel sport; they want it gone—

death in the afternoon, in Terecuel, Aragon.

South China Sea Must Be Chinese

It seems, this Friday, Chinese hackers are back at it again,

when they attacked the website of a national airline.

The operators at the airports had to set aside

The messages were all about marine sov)er)eign)ty):

despite the ruling of the courts, declaring Chinese claims

are farcical and have no grounds; in short, they are insane.

Business at the Speed of Greed

It flows along in English, French, Italian, Japanese,

Across its mighty girth and length, all kinds of things are shipped;

beneath its course exist both C++ and Java script.

Andean in its source, Atlantic in its far-flung quest,

it runs through rainy forests from headwaters in the West.

it rolls upon the Internet from sea to shining sea.

It started out as a book seller stored in ores of ROM;

and now it sells whatever it can—Amazon.com. 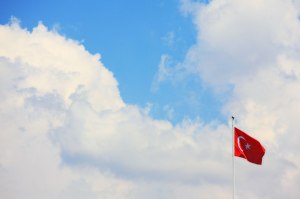 The Coup in Turkey

The coup in Turkey has been stopped; the purges now begin.

So who is being targeted in this his counter-coup?

All those who do not totally support his point of view:

the disagreeable deans from the universities,

likewise, officials of the education ministry ,

Bruce Dale Wise is a poet and prosaist who writes under various charichords (anagrammatic heteronyms). The creator of new poetic forms, like the tennos (10 lines of iambic heptametre), his publication credits include magazines and ezines under his own name and various pseudonyms. These tennos are examples of his docupoetry.