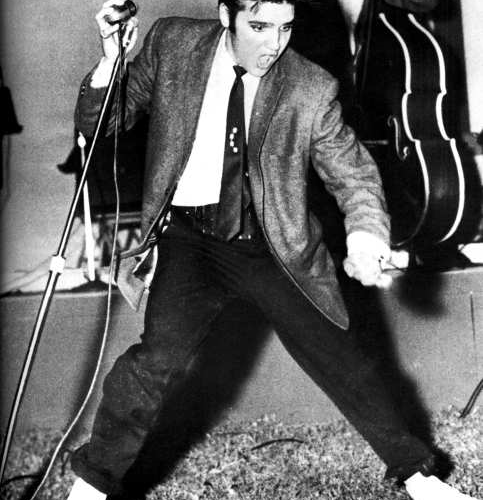 The day many dreaded has arrived. Celebrity billionaire and reality TV star Donald J. Trump takes the oath of office as President of the United States. Crass, brash, blustery, crude– filled with exaggeration– Trump represents for genteel segments of this nation their worst nightmare.

But anyone who truly understands American history and culture shouldn’t be surprised. Given that we’re a nation consumed with-and-by personality and noise– an ongoing reality show for the world’s entertainment– the rise of a Trumpian figure was inevitable.

We’re a country built on ballyhoo. On marketing, sales, hype. It’s how we quickly became the richest nation on the planet– the richest civilization the world has ever seen. Our prosperity came from our work but especially from our sales abilities. Whatever else he may turn out to be, Donald Trump is a consummate salesman. It’s how he beat sixteen stodgy Republican candidates and the well-oiled Hillary machine.

Most Americans of all stripes love ballyhoo.

Yes, some few respect a Mozartian string quartet. John Cage has his acolytes. But most of us listen religiously to music, whether rock, pop, or hip-hop, which is the creation of Kanye-style P.T. Barnum ballyhoo artists, and whose tone is the expression of swagger, sensuality, hype. 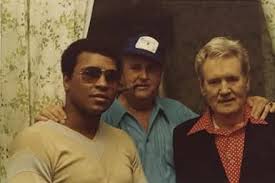 Modern American pop music was birthed with the sudden and surprising popularity of rock n’ roll in 1955. Rock was pushed by some of the greatest hustlers and cigar-smoking carnival barkers the world had seen: Colonel Tom Parker; Dick Clark; Alan Freed. In Detroit, Berry Gordy.

There’s a weird revisionist Western movie from the 1950’s named “Warlock.” Its opening scene shows two gunfighters riding to their next town. Trailing behind is a gaudy wagon filled with prostitutes and gaming devices. The two men are gunmen-for-hire and they’re also money-making salesmen. Their pistol skills are merely their badge of notoriety used to attract an audience.

This is a truer image of the West than Clint Eastwood’s taciturn psychotic loner wandering a Spanish facsimile of the American West indiscriminately killing people, while saying ten words per movie. A truer picture of an upstart American than Eastwood might be from the 1954 Western “Vera Cruz,” in the character played by Burt Lancaster; not taciturn but full of unreal hunger and energy, accompanied by grinning teeth.

The West was taken and peopled by an onrush of fast-talking fur-traders, gold-seekers and land speculators. The U.S. Army trailed behind in their wake, whose most famed general was a flamboyant self-promoter writing articles and books about his adventures on the plains. His exploits joined those of Wild Bill– who scouted for the general– in the wildly popular dime novels of the day. The general– Custer his name– famously lost his most famous battle.

The analogies of Trump to Hitler break down in the realization that Americans have always been salespeople, not warriors. World War II, greatest war in history, was won not by our generals, our tacticians and strategists, who were always inferior to the Germans (movie mythology aside), but by the sheer weight of material built by the “arsenal of democracy.” A manufacturing capacity built by ambitious men like Ford, Olds, Chrysler; whose products were popularized by salesmanship and hype. 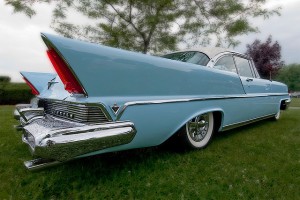 THE AMERICAN CHARACTER, IMAGINED AND REAL

Surely we’re entering a time of tumult. Like it or not, our actions on both sides of the political aisle fit the American character. We’re not quiet French intellectuals or silent Chinese mandarins from a conformist bureaucracy. Making noise and screaming for the benefit of television cameras is who we are.

Obama’s two terms in tone and demeanor by contrast were rather anemic– which is why the blaring Trump persona shocks so many. Barack Obama is an atypical American. An atypical black man. (Maybe, as the first black President he had to be.) For many, a dream figure. More quintessential on both counts was boxer Muhammed Ali. “I am the greatest!” 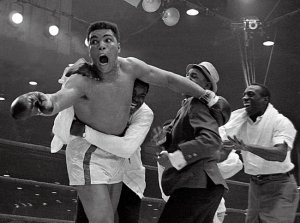 In recent decades the public has been burdened with a rather anemic American literature which wants to embrace more quiet and/or tired cultures from Europe to India. Yet American lit became unique with the tall tales of Mark Twain and the “Song of Myself” of Walt Whitman, who were a frontier-influenced break with European tradition. This strain of authentic American lit continued on through macho Hemingway to the earthiness of the Beats, of Ginsberg, Kerouac and Amiri Baraka. A typical American writer was verbose Hemingway-wannabe Norman Mailer, continually advertising himself and his work. Forever punching above his weight.

The greatest American novels, from The Octopus to The Great Gatsby to Invisible Man (not to mention The Fountainhead) have been tumultuous affairs filled with personality, ambition, and ego. They’re expressions of the American Dream. Of America’s inner psychological need for attention and success.

That need will not easily go away. A European vision of America– constricted, constipated, gray– would kill the spirit of this nation. We might be a more humane and equalized society, but this would also be a much blander place. We’d exist happily stuporized like the inmates of an asylum.

Our mission at New Pop Lit is to reinvigorate American literature. We’re not above using hype and personality to achieve our ends. We may be wrong at times but we strive to always be exciting.